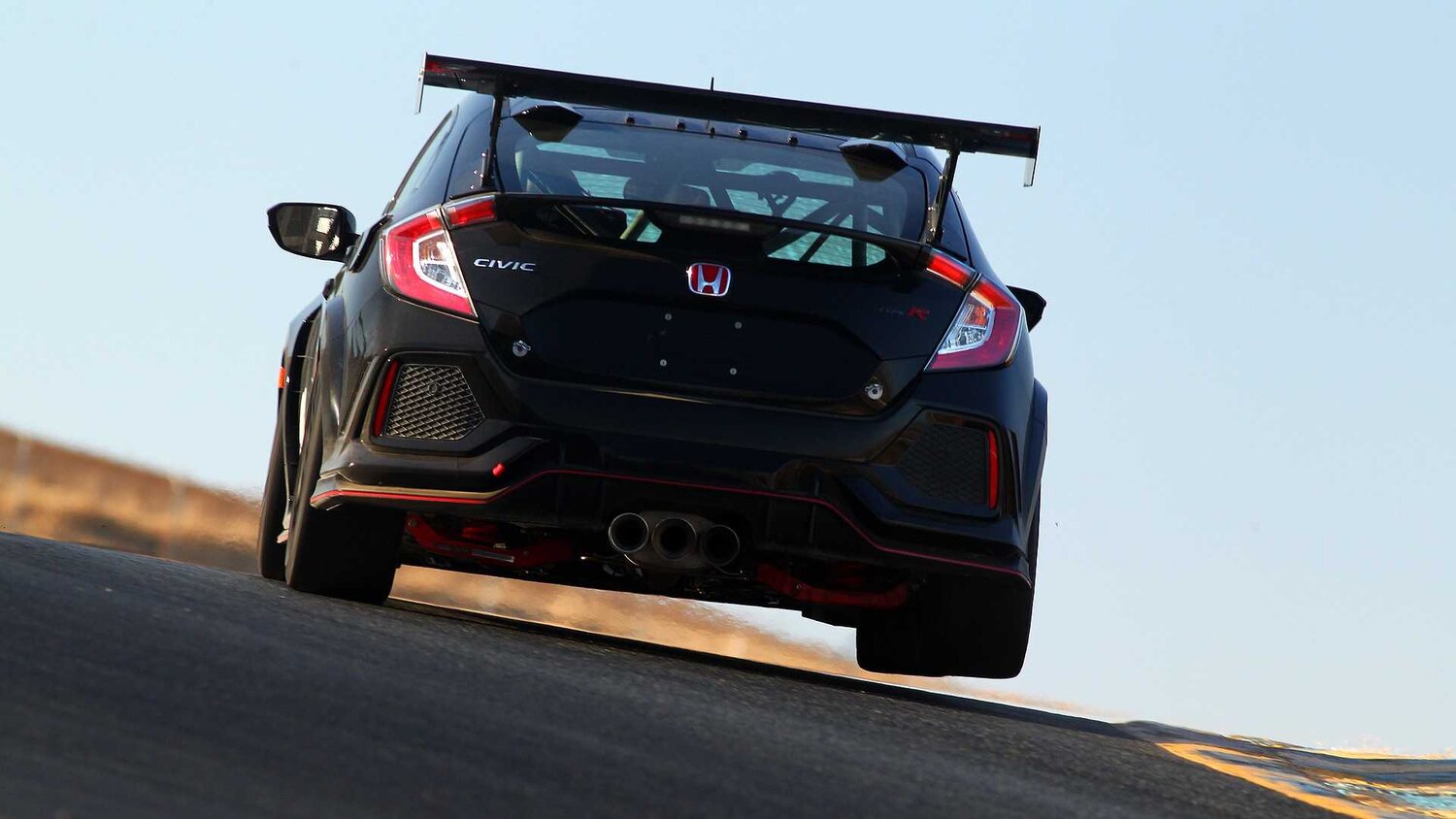 Joining the Si TCA and Type R TCR, the Civic Type R TC is the third track-only evolution of Honda’s compact model. Based on the road-going Type R, this Civic is aimed squarely at up-and-coming racing drivers.

Customer racing is big business in North America, hence the car’s exclusive availability in this part of the world. Designed in Santa Clarita, California by Honda Performance Development, the Civic Type R TC is a turn-key racer with a starting price that might come as exaggerated. There’s no beating around the bush about it, so here goes nothing: pricing starts at $89,900.

"With the introduction of the new Type R TC-class race car, we now offer a complete lineup of turn-key, Civic-based race cars for registered racing customers in North America,” declared HPD president Ted Klaus. The question is, what has changed over the bone-stock hot hatchback?

The production process starts with a body in white at Honda’s manufacturing facility in Swindon, the United Kingdom. Then the Anna, Ohio-built VTEC Turbo engine is fitted for outputs from 270 to 330 horsepower depending on application, along with the Civic Type R’s stock bodywork.

Racing components from Honda itself and suppliers come next, including a high-flow grille up front, vented hood from J’s Racing, heavy-duty radiator and oil cooler, Borla downpipe and turbo-back exhaust system, stronger 3rd and 4th gears for the six-speed manual transmission, and a Cusco limited-slip differential. The brakes and inlet ducts, bolt-in FIA fuel cell, multi-point roll cage, and OMP racing seats with six-point harnesses round off the list of mods.

L.A. Honda World Racing is the first customer to have ordered the Civic Type R TC. No fewer than two models have been confirmed to compete in the 2020 SRO TC Americas series in addition to three examples of the Civic Type R TCR in the IMSA Michelin Pilot Challenge.

Those on a tight budget can settle for the Civic Si TCA, which features the 1.5 VTEC Turbo for the more affordable price tag of $52,500 before options. The top-of-the-line Civic Type R TCR costs more than the Acura NSX, starting at $172,238 as opposed to $159,495 for the hybrid supercar.