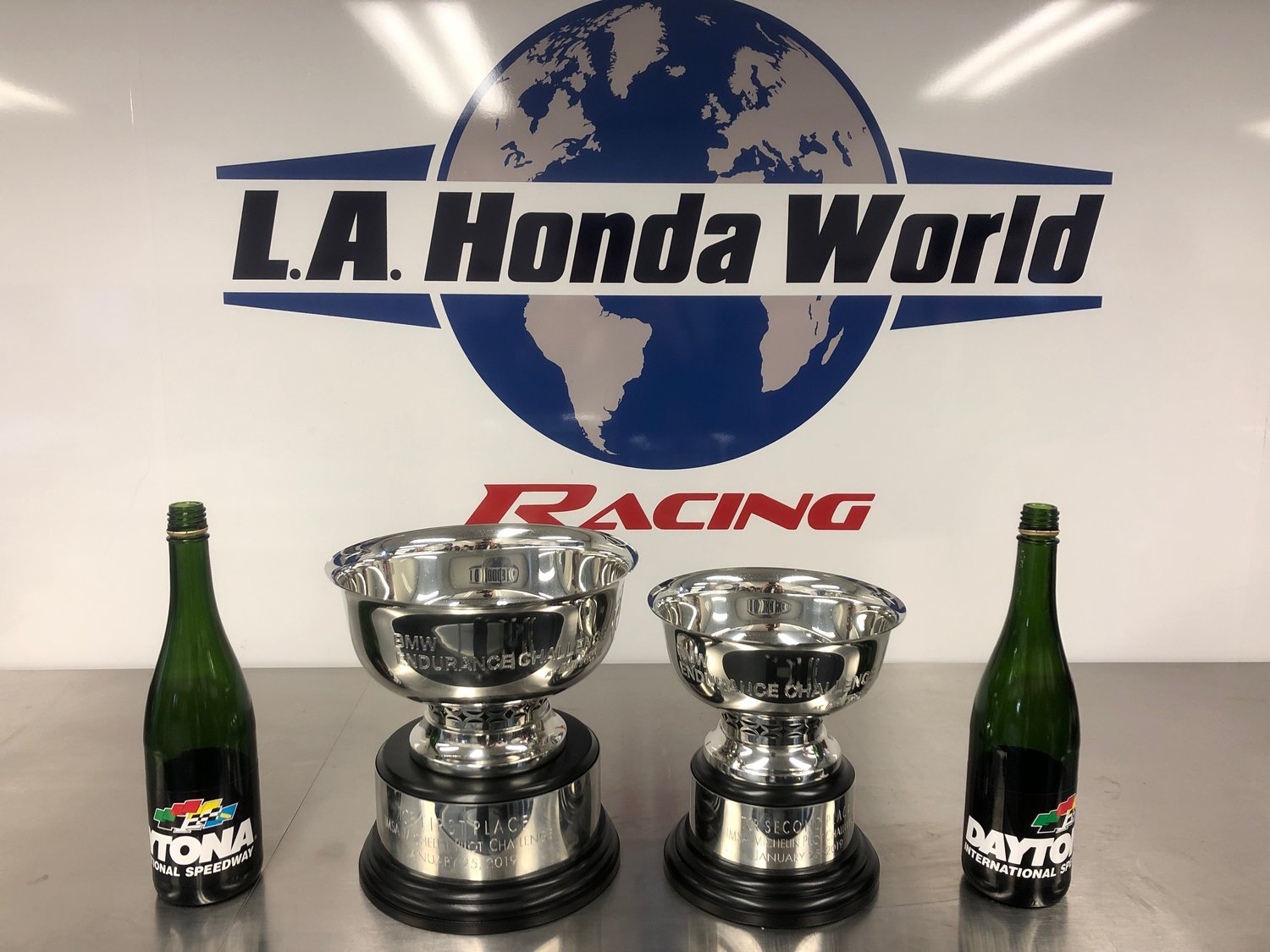 “In the TCR class, side-by-side battles between competing manufacturers  became the norm over the course of the four-hour race, but it was Honda  and L.A. World Racing that took the top spot. Crossing the stripe first  was the No. 37 Honda Civic TCR of Tom O’Gorman and Shelby Blackstock,  one of three entries for the team.

“The hardest part was to stay  out of trouble, keep your wits about you, keep the car underneath us,  because these guys were racing so hard,” said O’Gorman. “It was really  easy to get caught up in all of it, the GS guys and the TCR guys. If  you’d have told me this yesterday that we would be standing here, I  wouldn’t have believed you. We worked really hard overnight, the L.A.  Honda World guys did an amazing job. The race was really challenging and  we just kind of checked ourselves until the end and we found ourselves  in the lead and it came to us.”

For O’Gorman, Friday’s victory is  his third in the series in only seven races contested since joining the  series midway through 2018. Meanwhile, the victory caps off a  triumphant return to the Michelin Pilot Challenge for Blackstock, whose  last race in the series came in 2014.”