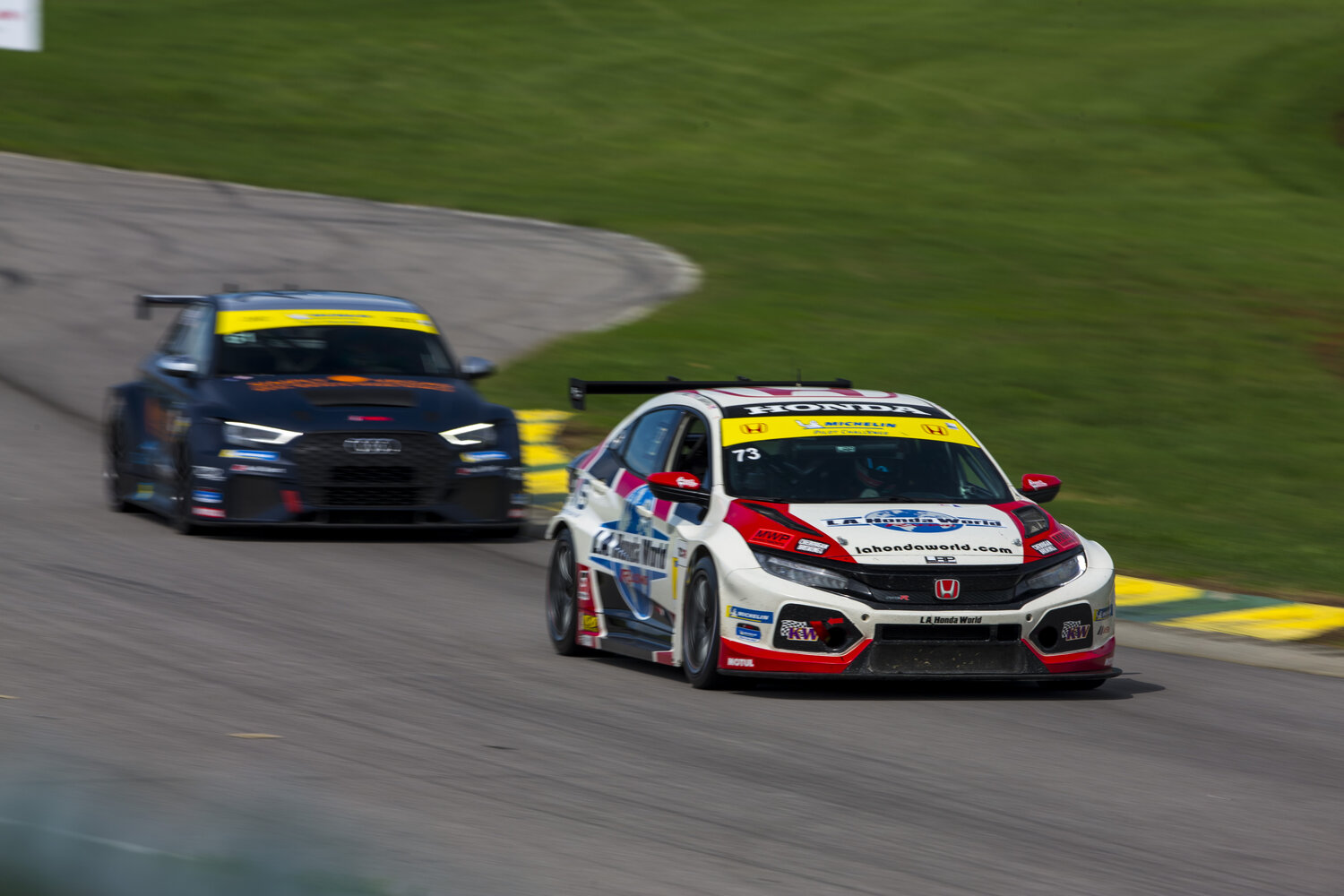 In TCR, Fast MD Racing was completely unable to take advantage of their pace Sunday.  Max Faulkner had electrical problems on the pace laps that forced him to pit.  The problems persisted after the race started.  Ultimately, Faulkner only completed four laps before the No. 23 Audi was retired.

Faulkner’s misfortune directly benefited Bryan Herta Autosport’s Gabby Chaves, who ended up in the class lead.  Teammates Michael Lewis and Harry Gottsacker were right behind.  The entire TCR field was able to make the two-hour distance with only one pit stop.  That stop came during the full course caution for Russell Ward’s issues.

On the stops, Lewis was able to hand off to Mason Filippi and jump past his teammates to take the class lead.  That said, Mark Wilkins in the No. 21 Hyundai was right on Filippi’s tail.

Another yellow flew with just over an hour to go when Ben Waddell flew off the track in Turn 1 and hit the tires.  Waddell was ok, but his Hyundai was done for the day.

The Grand Sport leaders stopping elevated the Bryan Herta Autosport Hyundais up into the top five overall.  The only man who could prevent a Veloster sweep of the podium was JDC-Miller MotorSports’ Stephen Simpson, who was third and running just as fast as Filippi and Wilkins.  However, Parker Chase in the fourth BHA Hyundai ran Simpson down and took third in class away.  Any chance of a decent finish went away when Simpson slowed with five minutes to go with a sick Audi.

Filippi was able to hold off Wilkins to take his and Michael Lewis’ first win of the year.  The margin of victory was just under a second over Wilkins and Gottsacker.  Chase and Brockman ended up third while LA Honda World Racing’s Mat Pombo and Mike LaMarra were the best of the non-Hyundais in fourth.  Chaves and Ryan Norman finished fifth after Norman had two spins exiting Turn 10 in the second half of the race.