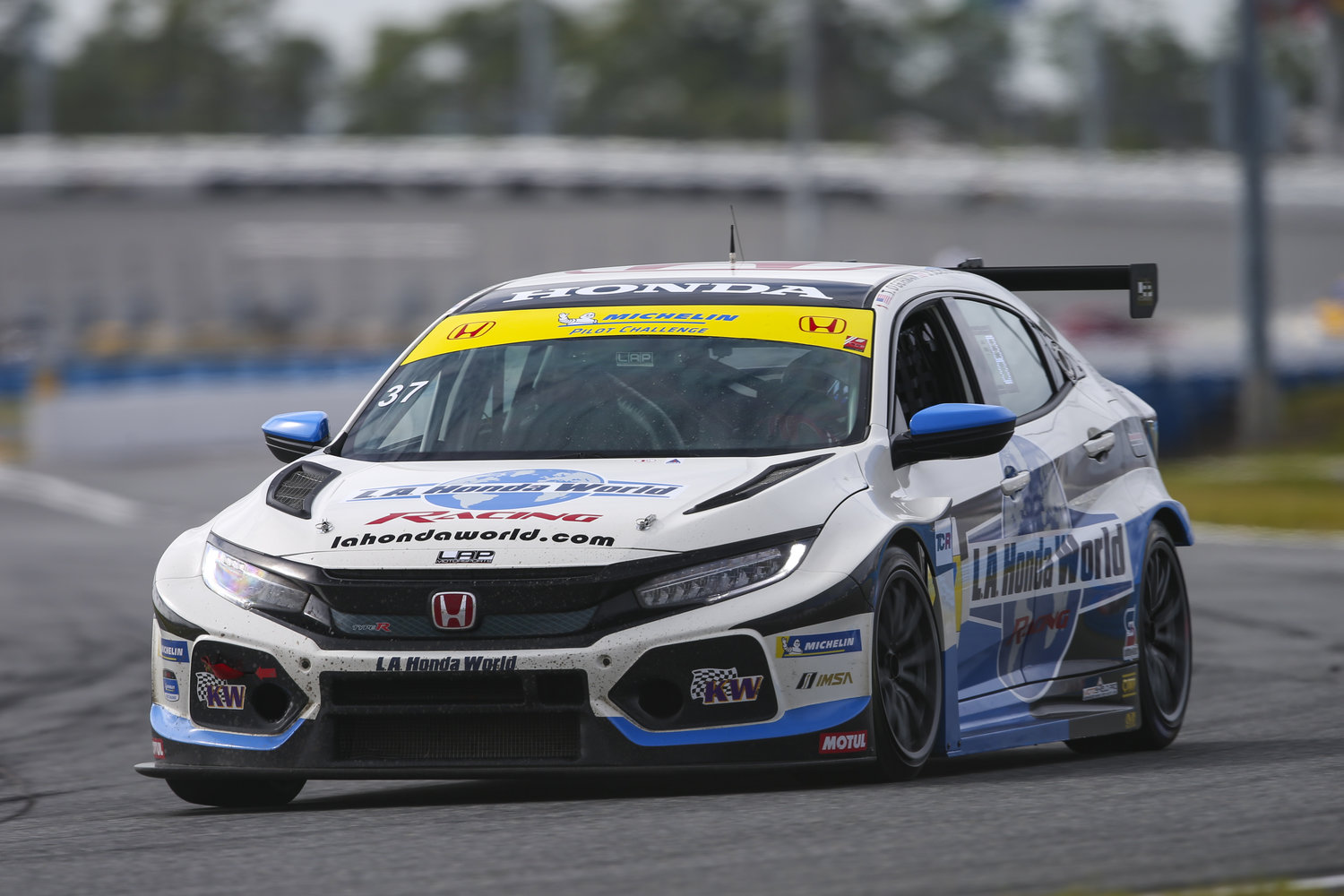 Three teams brought a total of five Honda Civic Type R TCR entries  this weekend to the opening round of the re-branded MICHELIN Pilot  Challenge, with the Atlanta Speedwerks Honda of Brian Henderson claiming  the TCR class pole on Thursday, in the car he shared with Todd Lamb.

Starting fifth, Blackstock steadily worked his way through the other  class front runners to assume the lead at the end of the first hour of  racing.  Making his IMSA debut, O'Gorman continued to run with the  leaders as multiple cautions repeatedly bunched the field.  The third LA  Honda World Racing entry of Max Faulkner and Colin Mullan also ran with  the leaders during the second half of the race, but suffered a cut tire  soon after its final pit stop, forcing Mullan to stop the car on  course.

The event came down to an 11-minute sprint following the ninth and  final caution period. O'Gorman quickly moved ahead of the class-leading  Audi, followed by teammate Pombo as the two Hondas pulled away in the  battle to the checkered flag.

The 2019 MICHELIN Pilot Challenge continues on Friday, March 15, with  the second round in the 10-race championship at Sebring International  Raceway.

Tom O'Gorman (#37 La Honda World Racing Honda Civic Type R TCR)  Started fifth, finished first: "I've been racing with Honda for a long  time - starting 12 years ago - so it's great to step up to TCR and get  the first win. I got chills when I saw the Daytona Speedway come over  the horizon, because I never raced here before. The hardest part was to  stay out of trouble, keep your wits about you, and keep the car  underneath you, because these guys were racing so hard. If you'd have  told me yesterday that we would be standing here [in victory circle], I  wouldn't have believed you. Now, we're in victory lane. It's an exciting  day."