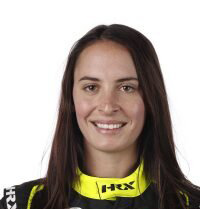 At the IMSA Michelin Pilot Challenge season opener in January, five women heard their call to action to battle on the banks of Daytona International Speedway.

While many female racers have competed in IMSA over the years, it was last season’s opener at Daytona that Pilot Challenge last had multiple women – two at the time – compete in the same race, let alone five.

“I can recall many times and situations in which women were competitive with other women because of the perception there was a limited number of spots for us in the space,” said Sarah Robinson, motorsports marketing manager, Michelin North America.

“Now, I’m seeing a shift in this behavior, particularly in the IMSA and sports car paddock. I’m now seeing women supporting women in these roles and lifting each other up as a whole. There are not only more of us, but more of us in so many different arenas within this paddock.

“I have so many genuine and collaborative relationships with both men and women here in the paddock, and not a single one of them feels any differently towards me or the job I’m doing because I’m a woman. And that’s great progress.”

While their backgrounds are different, their goals are the same.

For Sheena Monk in the No. 3 McLaren GT4, not even a harrowing incident at WeatherTech Raceway Laguna Seca in 2018 could keep her down.

“I pride myself on my willingness to persevere through difficult times, so it would go against my grain if I turned my back that easily on something I love,” said Monk, who scored her first Super Trofeo victory at VIR the race before her incident. “The accident at Laguna Seca was a moment in time, so it was merely a choice that I wouldn’t allow it to define me.

“I learned a lot about my mental strength and developed a much deeper sense of gratitude for the small things as a result of the injuries. What kept me motivated was an unwavering focus to return, figuring out how to be better, and continuing the journey towards where I want to be.”

While Monk is well on her way to her goal of competing in the WeatherTech Championship GT Daytona (GTD) class, Taylor Hagler is just getting started in IMSA after progressing through NASA Texas, SCCA and TC America.

“I love racing because of the calming effect it has on me,” said the Texan. “Instead of a huge adrenaline rush, I get calm and focused when I’m behind the wheel. The competition is thrilling, and the technical aspects of racing keep me on my toes every time I’m behind the wheel.”

While the other four women ran in the Grand Sport (GS) class at Daytona, Hagler was the lone female in the TCR class co-driving the No. 77 L.A. Honda World Racing Honda Civic TCR.

“The move up to IMSA has been a big one. It is tougher competition with higher caliber vehicles from my past experience,” said Hagler. “I come from a sprint racing background, so I am learning patience in longer races to save the tires and equipment. Sharing a car and pit stops are firsts for me this season as well. Even with all the firsts this season, I am excited and ready for the challenge.”

Eighteen-year-old Hailie Deegan is also up for the challenge, never having any sports car experience before her debut at Daytona. Deegan became the first female to win an ARCA West race – collecting three victories total – recorded the best ARCA finish by a female last month at Daytona with a runner-up result, and is wildly popular across social media.

Her participation in IMSA stemmed from an offseason move to Ford Performance to be part of their driver development program. She’s slated for a partial Pilot Challenge season in 2020.

“It is cool to be able to do what I love to do and be an inspiration to other women,” said Deegan. “Seeing young girls at the racetracks that are paying attention to me and what I am doing because they can relate, is an awesome feeling.

“At the end of the day, I just want to race and be as successful as I can possibly be. I want to be in a race car, as much as possible. If that serves as motivation for others that want to do the same thing one day, that is awesome. Coming to Ford has allowed me the chance to get more experience in different forms of motorsports and I love that.”

IMSA fans can find these three women on the grid at Sebring International Raceway next week for the Alan Jay Automotive Network 120, which will be streamed live on TrackPass on NBC Sports Gold on Thursday, March 19 at 3:50 p.m. ET. IMSA Radio will have live coverage as well on IMSARadio.com and NBCSN will air the broadcast on Thursday, March 26 at 3 p.m. ET as part of a four-hour block of IMSA racing that begins at 1 p.m.

It’s also a race that can’t come soon enough for Deegan and her No. 22 Ford Mustang GT4.

“I had a blast testing at Sebring and can’t wait to get back in the Mustang on the track for the IMSA race weekend,” said Deegan. “I actually learned the track a lot faster than I thought I would. I credit a lot of that to the amazing Ford Performance simulator and the work we put in there before getting on the actual track. My favorite part is Turn 17. That last bumpy turn is so much fun. I can’t wait to get out there and race.”

Want to see another strong showing of females on the grid at Sebring? Look no further than Saturday’s endurance classic, the Mobil 1 Twelve Hours of Sebring Presented by Advance Auto Parts.

The Jackie Heinricher-led No. 57 Acura NSX GT3 with Meyer Shank Racing is back on the grid, in addition to the all-female lineup of two-time IMSA GTD champion Christina Nielsen, fellow IMSA race winner Katherine Legge and their endurance driver Rahel Frey in the No. 19 GEAR Racing Powered by GRT Lamborghini Huracán GT3.

The race goes green on Saturday, March 21 at 10:30 a.m. ET on CNBC. The race can be streamed live in its entirety also on TrackPass on NBC Sports Gold and IMSA Radio will have coverage available at IMSARadio.com, RadioLeMans.com and SiriusXM Radio.