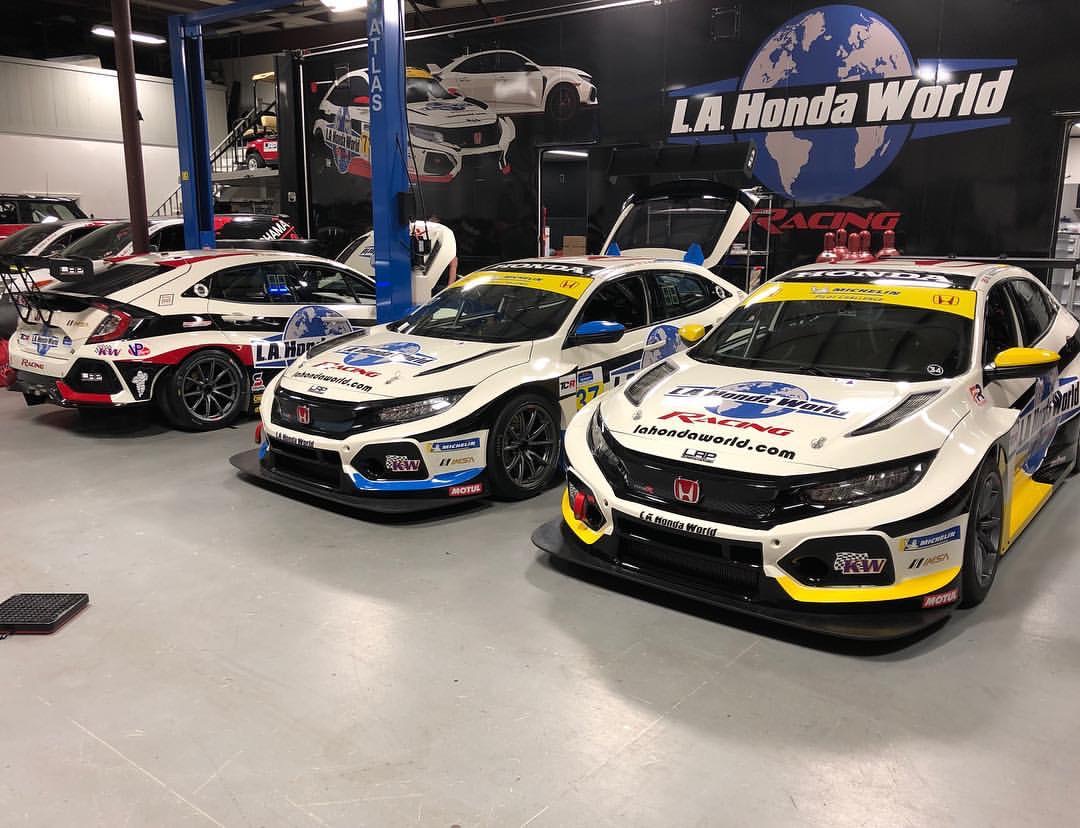 L.A. Honda World Racing have partnered with LAP Motorsports to take on the 2019 IMSA Michelin Pilot Challenge under the TCR class. They have put together a strong lineup of vehicles and driver-teams for the year.

Three Honda Civic Type R TCR race cars will tear up the track carrying the L.A. Honda World banner this year: the numbers 73 in red, 37 in blue and 52 in yellow.

Each vehicle will be piloted by two drivers, and each pair of drivers bring a unique background to the story that will develop as the 2019 Michelin Pilot Challenge  races on.

2012 Series Champion Mike LaMarra will be returning with partner Mat Pombo, racing together for the second year in a row under the number 73. This is the first time their number 73 will be on a L.A. Honda World Civic Type R TCR.

Quickly rising champion racer Tom O’Gorman, who is no stranger to dominating races in a Honda, will be partnering with Shelby Blackstock in the number 37 Civic Type R TCR.

The yellow number 52 Civic Type R will be driven by what may be the youngest team to ever race the Michelin Pilot Challenge. Max Faulkner, 21, and Colin Mullans, 16, who actually spent most of last year battling toe-to-toe for a podium spot in the Pilot Challenge, will be racing the series again as team members with L.A. Honda World.

With the new manufacturers and teams coming to the IMSA Michelin Pilot Challenge TCR class, it’ll be some of the most competitive racing in the US. We have put a lot of work into our transition from ST to to TCR and we have assembled a very stout driver line up.
We are ready for the challenge!