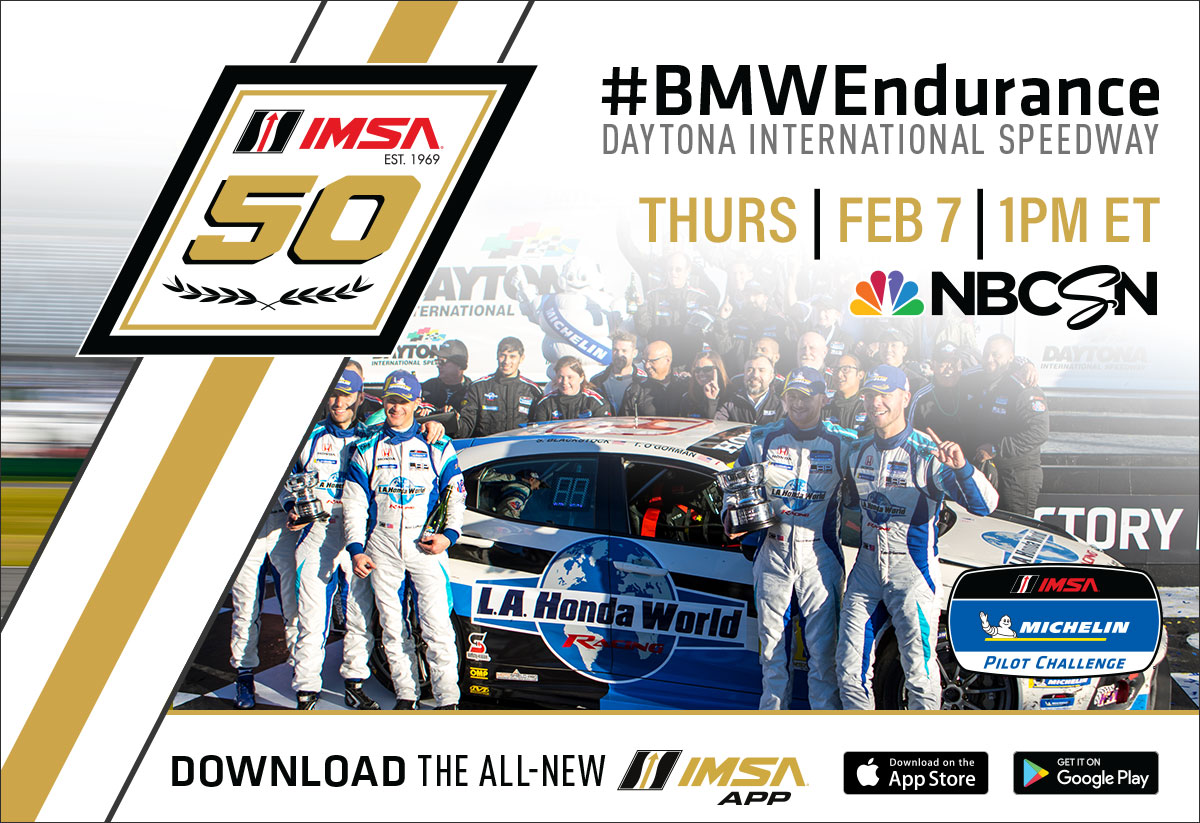 Tune in on Thursday, February 7th, 2019 to NBC Sports Network and watch the debut of the IMSA Michelin Pilot Challenge in Daytona!

L.A. Honda World secured a 1st and 2nd place finish in the race, foreshadowing what will be some very competitive racing throughout the season. There were battles for first between Hondas, Audis and Alfa Romeos throughout the four hour endurance challenge, although the two LA Honda World Civic Type R TCRs proved to be victorious.

#37, the blue Type R TCR, was piloted by Tom O’Gorman and Shelby Blackstock, who secured the first place win!

#73, the red Civic TCR, was driven by Mike LaMarra and Mat Pombo, who finished with a 2nd place podium position.

#52, the yellow TCR, was driven by Colin Mullan and Max Faulkner, L.A. Honda World’s youngest drivers on the team. They were strong contenders for first place, holding down the top spot for a good portion of the race. Unfortunately, due to a flat tire from some debris on the track, they weren’t able to sustain the top spot and finished 7th.

Overall, the L.A. Honda World Racing team dominated the first race of the season. We are incredibly excited to share the races with all of you throughout the season, starting with the BMW Endurance Challenge airing on NBC Sports Network tomorrow.