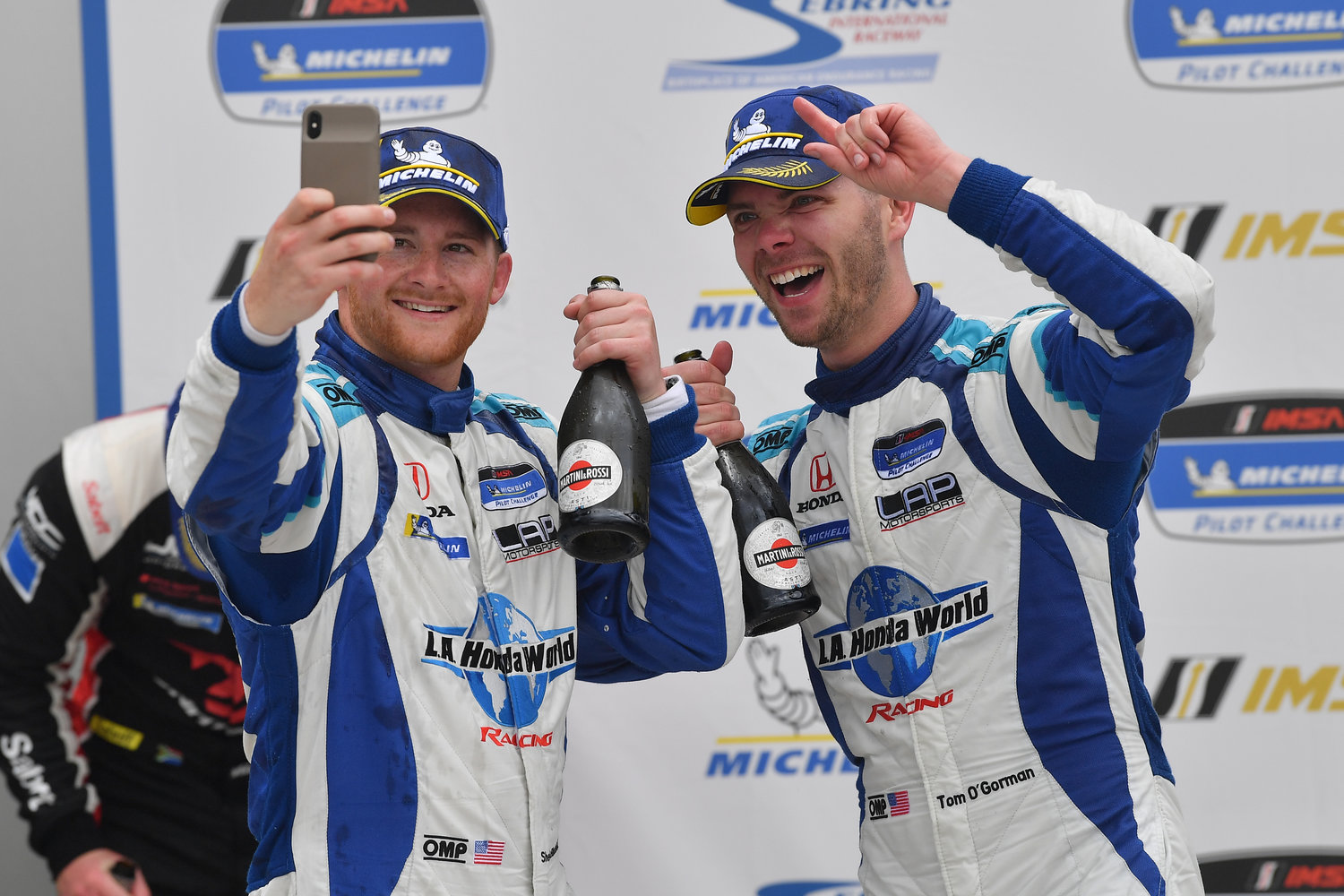 Luis Perocarpi’s LAP Motorsports team has undergone a significant  transformation for the 2019 IMSA MICHELIN Pilot Challenge season.  However, the team’s season has started off incredibly well.

After several years running the MINI JCW in the now-defunct ST class,  the team has stepped up to TCR this year with three Honda Civic Type  Rs. The team now is entered as L.A. Honda World Racing as a result.

The team’s No. 37 car has emerged at the head of the field in both  races in Daytona and Sebring to win both with an experienced, quality  lineup. 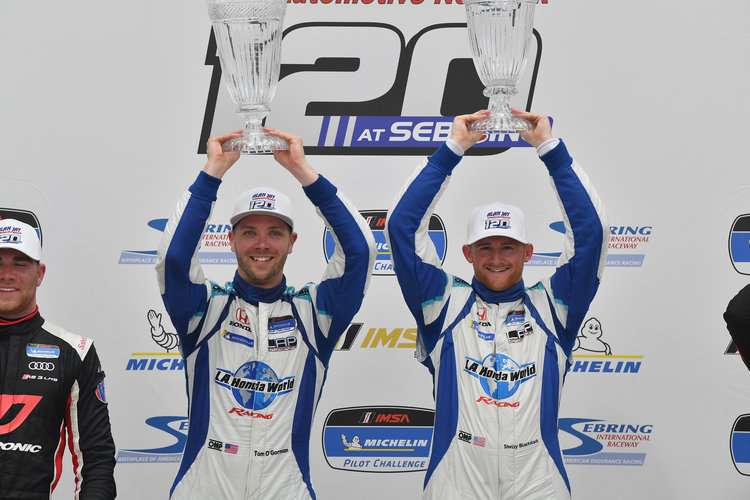 Tom O’Gorman established himself as a regular TCR pole and race win  contender in 2018 with another brand. But most of O’Gorman’s formative  years in sports car racing have come with Honda products, so returning  to the brand this year has come at a good time.

Meanwhile teammate Shelby Blackstock was another contender in the  series’ GS class several years ago, but he’s focused largely on the  American open-wheel Road to Indy since that point. Paired with O’Gorman  though, they’ve started the year perfectly.

The pair led 23 laps at Daytona en route to their first win there, and then followed it up with another 17 laps led at Sebring.

That the car has handled such diverse tracks, the infield road course  with high banking at Daytona and the bumpy, rough and tumble Sebring  road course is a testament to its ability in its first two races in the  series.

As Blackstock explained, it’s a credit to the immediate fusion of the LAP Motorsports crew who’s sorted the new car so quickly.

“That’s the biggest thing that says the most about LAP Motorsports, LA Honda World, Honda and HPD,” Blackstock said.

“They’re two totally different racetracks. One was very smooth with  high banks, one has been here since World War II and is extremely bumpy.  The car has been competitive in both of them. That right there says so  much about both organizations. It’s definitely made our lives easier,  but we’re ecstatic right now. Where do you go from here?”

O’Gorman, of Mason, Ohio, now heads into both his and Honda’s home  race at the Mid-Ohio Sports Car Course in Lexington. It’ll be an  important weekend for the whole group.

Blackstock scored his first career Indy Lights podium at Mid-Ohio  (third in 2015). In six Indy Lights starts, he had five top-six finishes  there.

Lest this car be the only focus, Perocarpi’s team has also fielded two more cars in the competitive TCR class.

Past ST class champion Mike LaMarra and Mat Pombo share the No. 73  Honda, and came second at Daytona. Last year’s Team USA Scholarship  recipient Colin Mullan and Max Faulkner have a best finish of fifth at  Sebring in the No. 52 Honda.

The LAP/L.A. Honda World Civics are three of five that have competed in the first two races this season. 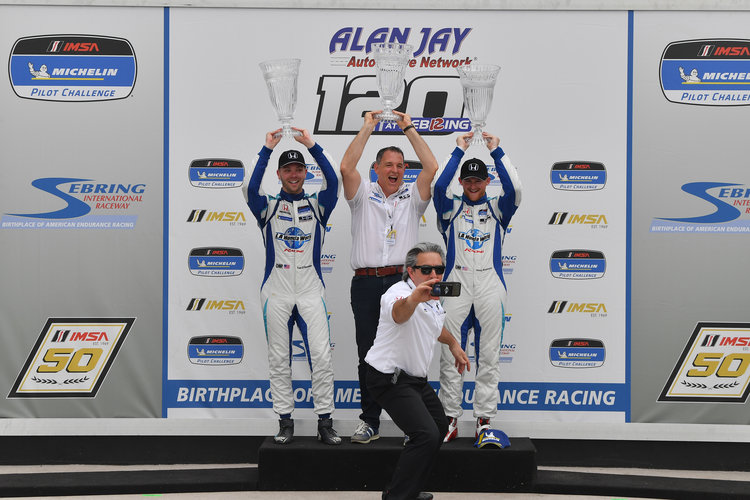 HART Racing Team scored a podium at Sebring with Ryan Eversley and Chad Gilsinger, and are always a win threat.

Todd Lamb’s Atlanta Speedwerks organization with Lamb and Brian  Henderson has led both races so far. However, they have finished only  fourth and eighth.

The quintet of Hondas looks to maintain their win streak at their  home race. They’ll work to continue to fend off challenges from Audi,  Hyundai and Alfa Romeo.