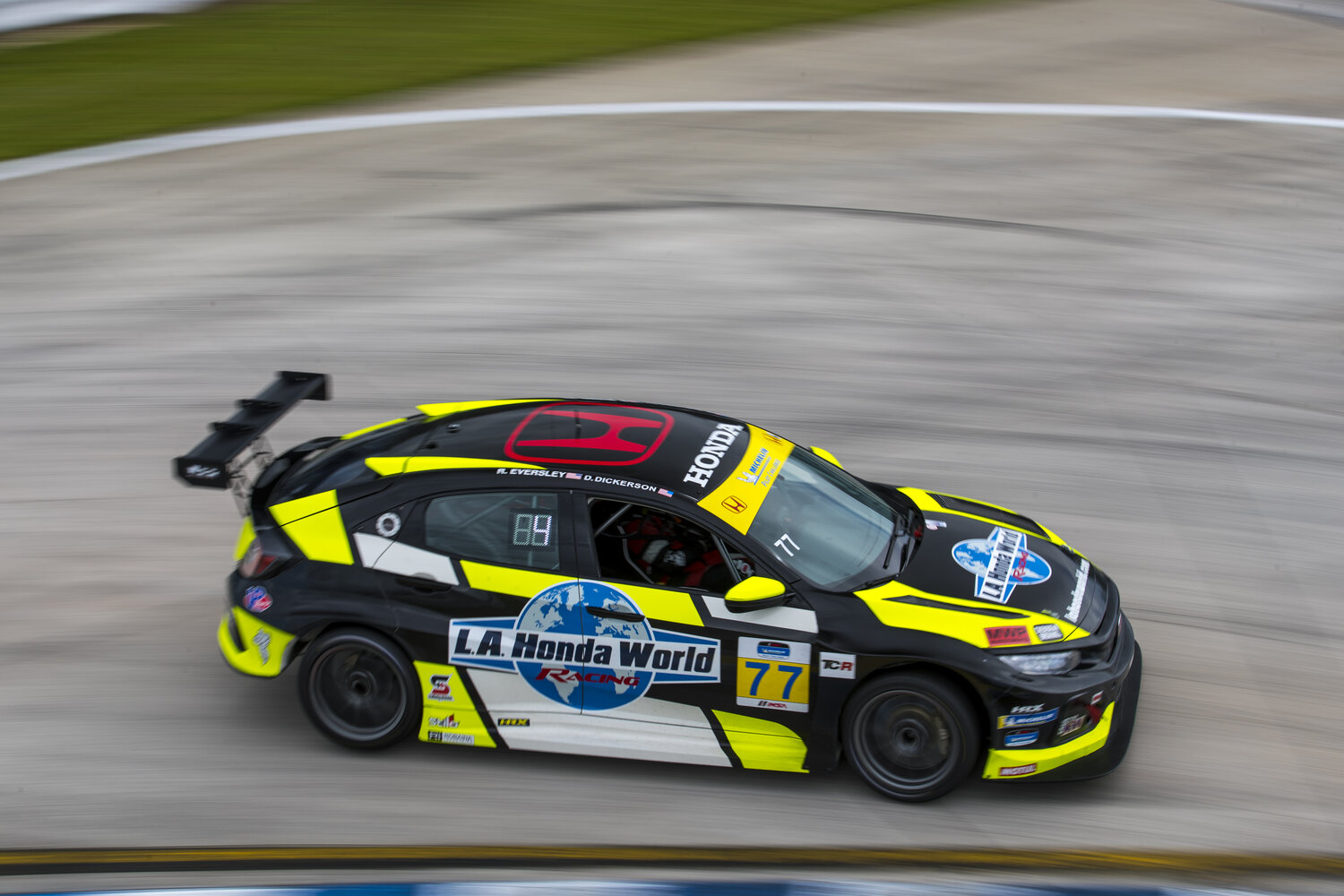 Johnson, who won the 2016 GS title alongside Scott Maxwell, will sub for Indy Dontje in the No. 4 Winward Racing Mercedes-AMG GT4 in the Road America 120.

It will mark Johnson’s first Pilot Challenge start since the season-opening BMW Endurance Classic when he was in one of Turner Motorsport’s BMW M4 GT4s.

He will share driving duties in Saturday’s two-hour round with team co-owner Russell Ward.

Dontje, who normally drives the Mobil 1-sponsored Mercedes, is taking part in the season-opening round of ADAC GT Masters, also with the HTP-Winward alliance, this weekend at the Lausitzring.

A total of 33 cars are on the entry list for the third round of the Pilot Challenge season, with several other changes since the series’ restart at Sebring International Raceway earlier this month.

NASCAR rising star Chase Briscoe, meanwhile, will make his debut with PF Racing, subbing for Chad McCumbee in the team’s No. 40 Mustang GT4, while Brent Mosing is slated to return to Murillo Racing’s Mercedes after Kenny Murillo co-drove the No. 56 car at Sebring.

Twelve TCR entries are entered, with the No. 32 FASTMD Racing with Speed Syndicate Audi RS 3 LMS TCR not present after its outing at Sebring.

Taylor Hagler, who missed Sebring due to a positive COVID-19 diagnosis, will return to the wheel of the No. 77 LA Honda World Racing Honda Civic Type-R TCR alongside Ryan Eversley.

Track action for Pilot Challenge competitors begins on Friday morning, with the race slated for a 3:45 p.m. CT start time on Saturday.