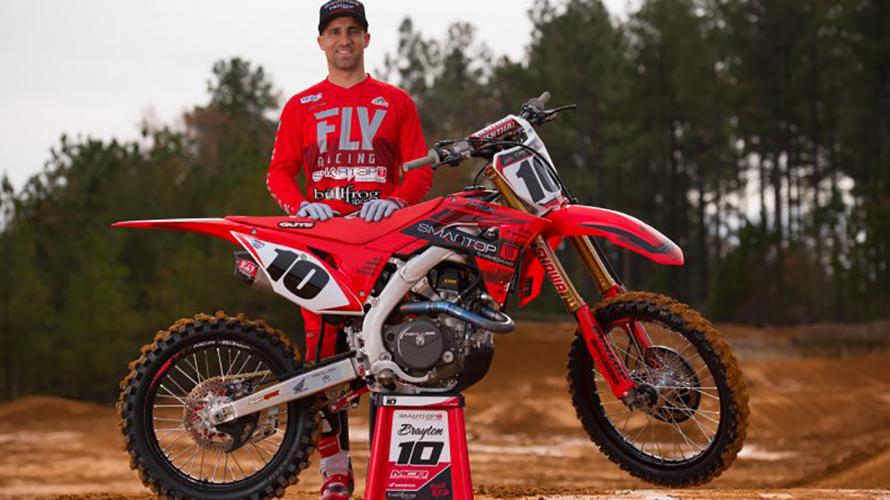 Following Cole Seely’s announcement that he would be retiring from professional racing, all eyes were on the empty seat left at Team Honda HRC. On Thursday, the team revealed its 2020 lineup, with Justin Brayton joining Ken Roczen in the 450SX class.

Brayton placed 10th in the 2019 Monster Energy Supercross standings while racing for Smartop/MotoConcepts/Bullfrog Spas Honda, the team with which he has competed for the past three years. Brayton raced for Team Honda HRC back in 2012 and placed fourth in the standings.

The Iowa native proved he still had it what it takes to get the job done with a win at Daytona in 2018, and the 35-year-old is very much looking forward to the upcoming season.

“I’m beyond excited to be riding for factory Honda in the 2020 Supercross season,” said Brayton in the team’s press release. “Riding with the team in 2012 was the achievement of a dream for me, and I had my best season so far that year. Now I feel like I’m living my dream all over again, just a little older and more experienced to be able to take full advantage of this opportunity.”

Brayton will only compete for Team Honda HRC during the Supercross season. For the AMA Pro Motocross series, Chase Sexton will join the team.

“I’m super excited to be joining Team Honda HRC,” said Sexton. “Factory Honda is a team that I’ve wanted to ride for since I was a kid, so to have this opportunity is honestly a dream come true. I’m looking forward to starting this journey with them, and I think it will be a successful one.”