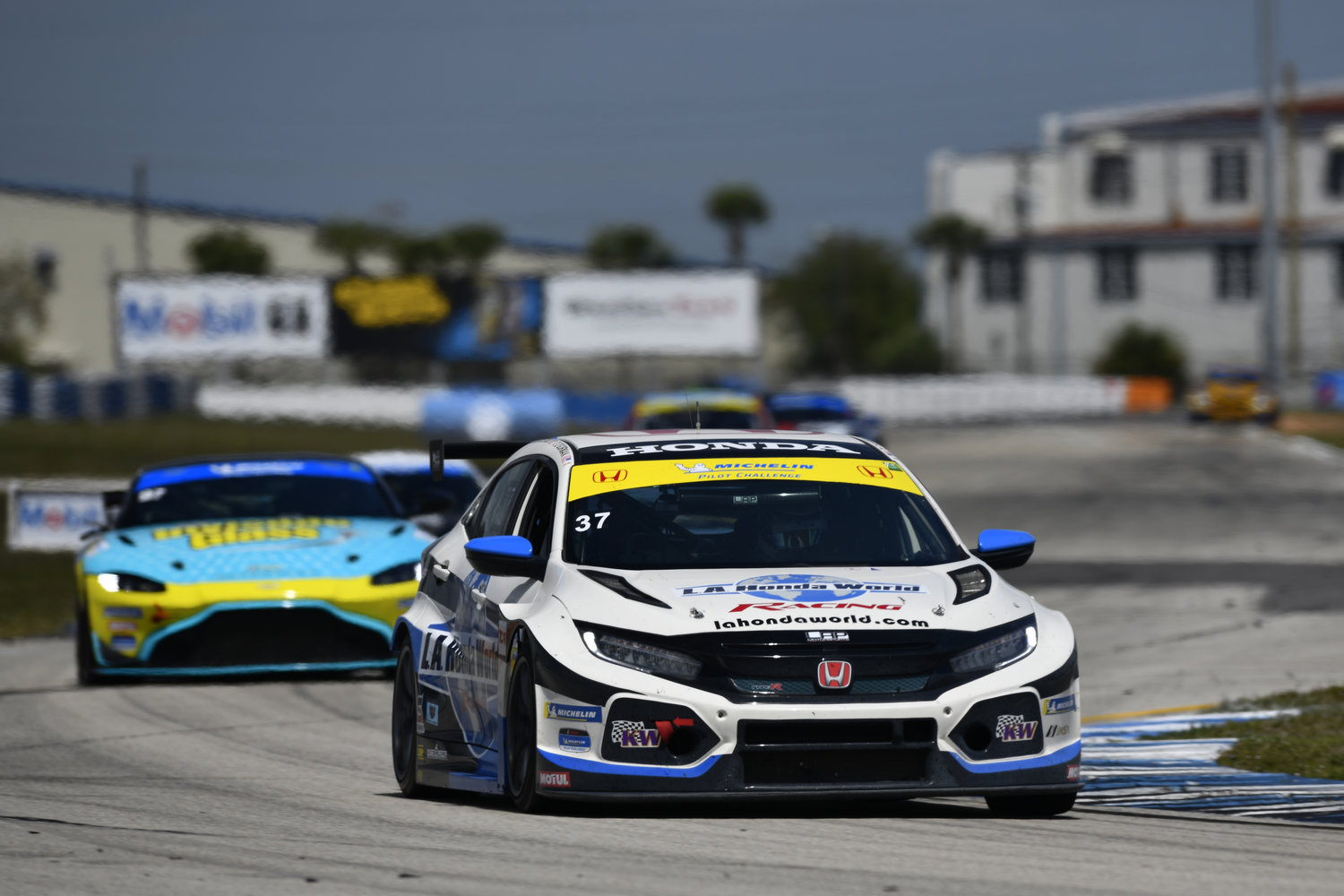 Tom O’Gorman and Shelby Blackstock claimed a second consecutive victory  in the TCR class of the IMSA Michelin Pilot Challenge. After having won  the season’s opening event at Daytona, the LA Honda World Racing duo  was victorious again at Sebring, completing 49 laps of the Florida  circuit at the wheel of their Honda Civic Type R during the two-hour  race.

The race began with an incident that involved the Civic of Mike La  Marra (runner up at Daytona) and the Alfa Romeo Giulietta of Roy Block;  La Marra spun after a contact with another car and was collected by  Block. Both cars retired with a broken rear suspension.

Eventually only the top six cars finished on the same lap as the winners.

The third round of the IMSA Michelin Pilot Challenge will take place at Mid Ohio on May 4.