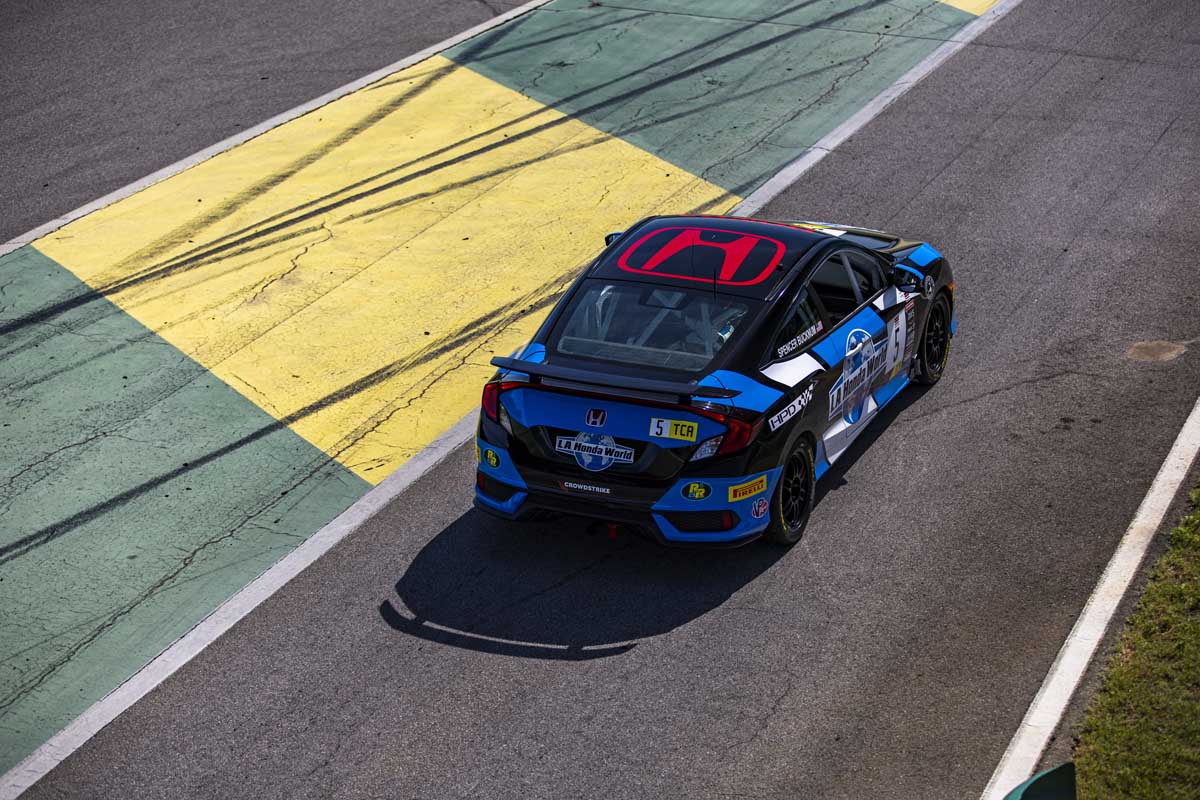 Los Angeles, CA – It was a challenging but still productive weekend for the L.A. Honda World Racing team in the SRO/TC America event at Virginia International Raceway (VIR). 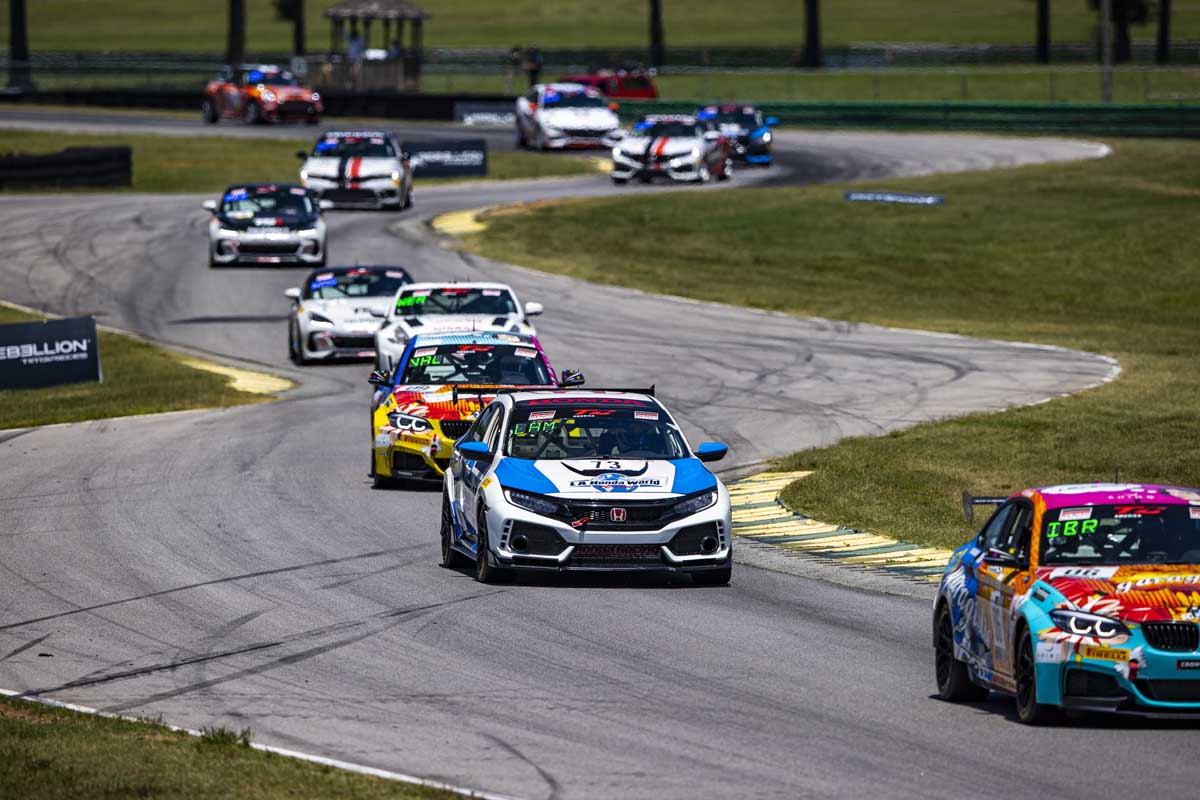 In Race 1 on Saturday, Pombo finished fifth on the 3.27-mile Virginia International Raceway circuit, 2 minutes and 4.187 seconds behind the race winner, while LaMarra finished eighth in the 10-car field, one lap down.

Having competed there numerous times in their respective careers, VIR is one of both Pombo’s and LaMarra’s favorite racetracks on the circuit, and both drivers improved in Race 2 on Sunday. 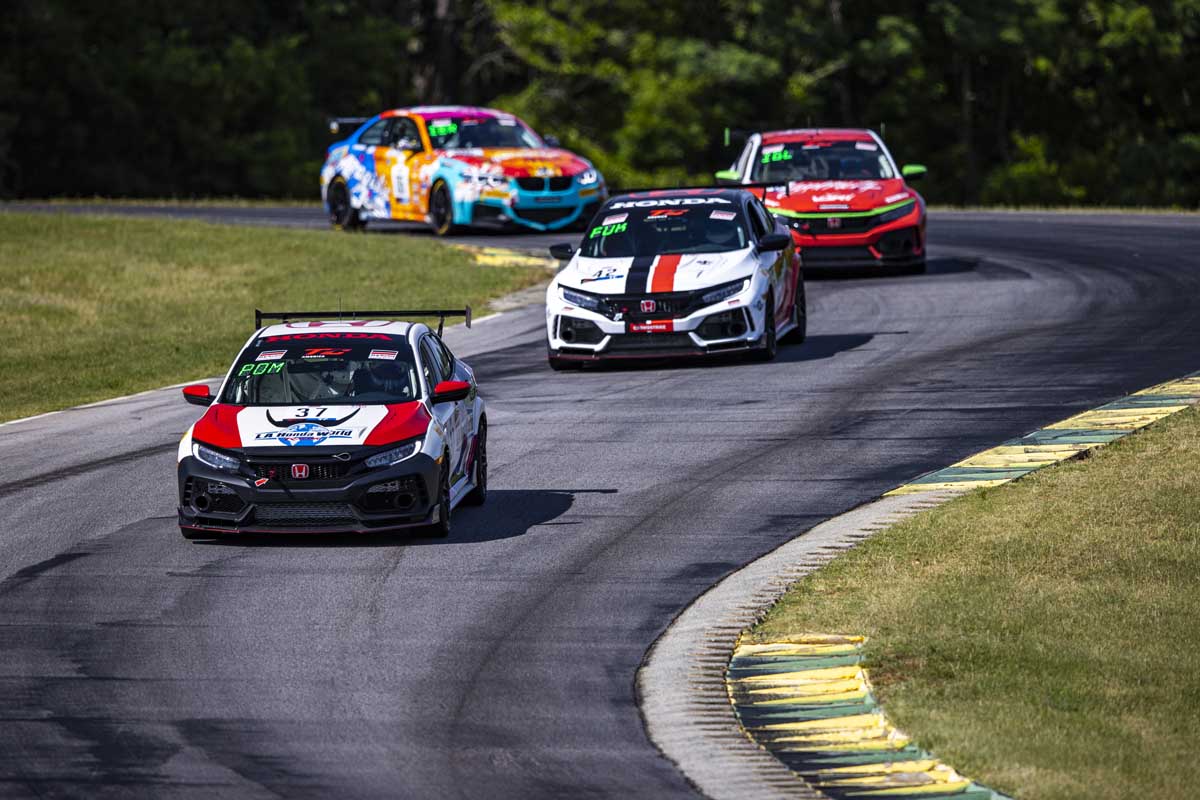 Pombo finished fourth (26.772 seconds behind the race winner), while LaMarra finished right behind his teammate in fifth position, 31.802 seconds off the winning pace.

“I’m from the Southeast and have raced here (at VIR) for 25 years and had a lot of success here,” Pombo said. “These cars are street cars and the guys at LA Honda World are top mechanics, it’s what they do for a living. We had some problems with our traction control and some of the things affecting how we can brake, making it a little challenging – and that’s a very important part about racing. As a driver, confidence on the brakes is super important to going fast. We had a little issue in qualifying. You take those out and we’re right there.”

Even though he failed to record a podium finish at VIR, Pombo still has three podiums this season (in the first four races) and remains in second place in the individual TC class standings, 27 points behind series-leading Kevin Boehm. LaMarra is fifth in the standings, 56 points behind Boehm.

“We’re all old-school club racers and there’s areas you can develop cars,” Pombo said. “We’re trying to sort through where we can keep improving and that’s all we can control. We see a lot of data and driving around, we know the areas where we need to work on. We’ll keep working. The team’s great behind us and we have a lot of commitment from Mario (Biundo), who is our team principal, and I think we’re going to keep challenging and keep getting better, that’s all we can do.” 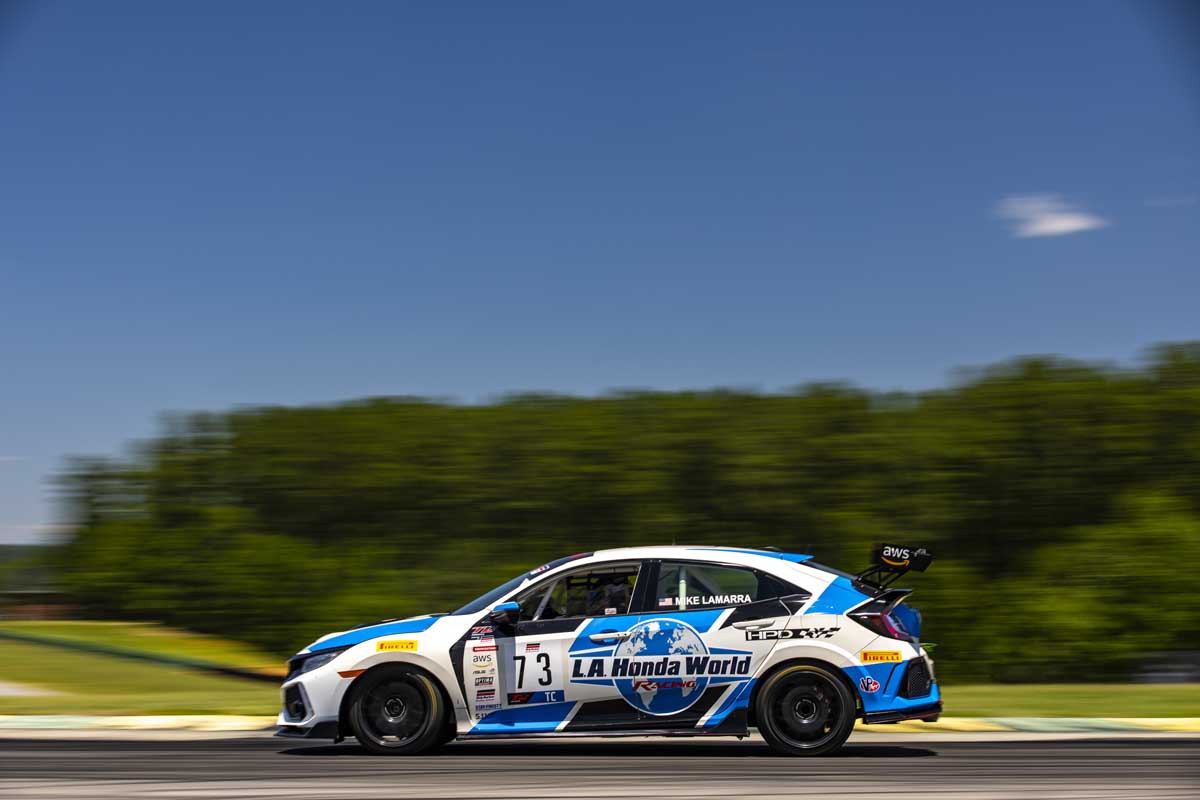 LaMarra concurred with his teammate about returning to VIR.

“It was great to be back at a familiar track,” LaMarra said. “VIR is a world-class racing circuit and a blast to drive. The LA Honda World team came together this weekend to deliver us some great handling cars.

“We fell down on straight line speed, but were strong through winding curves of the track. We were disappointed to deliver the team less than what they deserved on Saturday, but felt we had a strong race on Sunday delivering a solid top 5 finish. I'm looking forward to moving on to Watkins Glen International (July 22-24).” 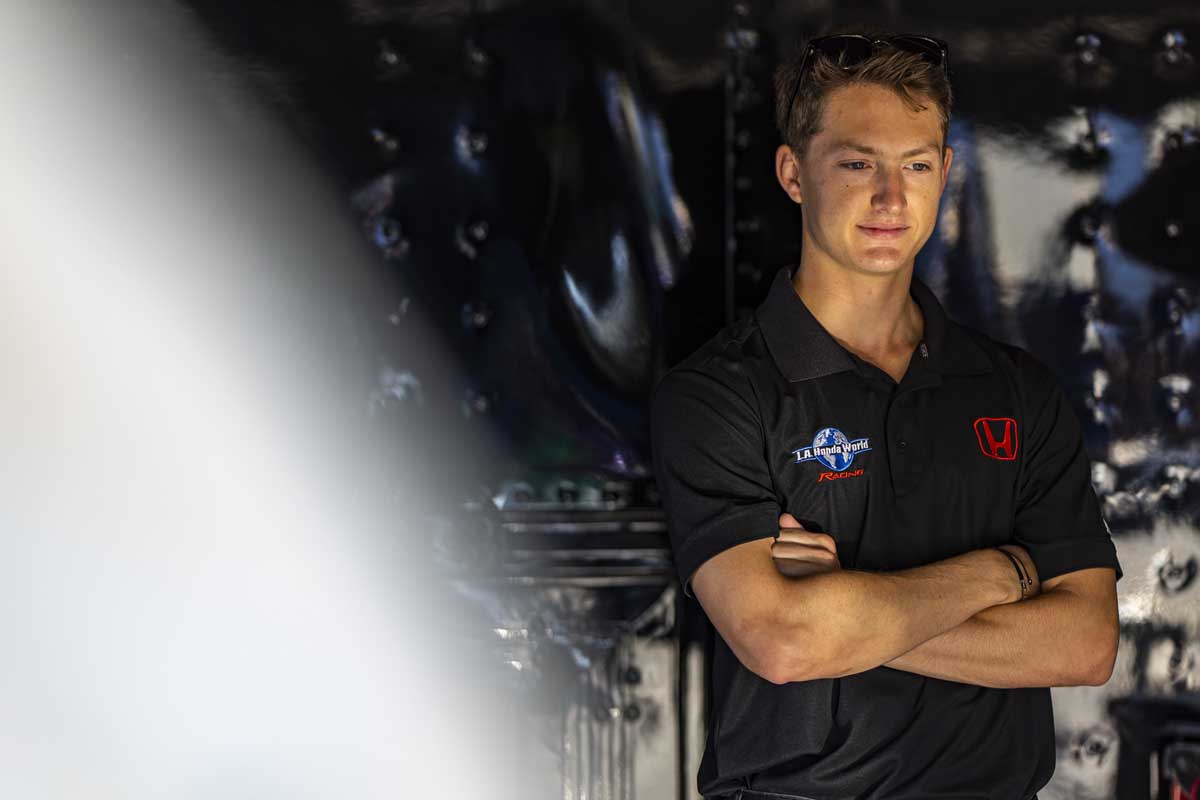 In the TCA class, Spencer Bucknum qualified sixth in his Honda Civic Si, less than two seconds off the top speed, en route to strong finishes in both races in the 11-car field. LA Honda World Racing team principal Mario Biundo did not compete this weekend.

In Race 1 of the TCA class, Bucknum finished fifth, but was oh so close, less than a half-second behind the winner.

In Race 2 of the TCA class, Bucknum finished fourth, just over two seconds (46.411) behind the winner.

“This weekend at Virginia International Raceway was my first time at this track and unfortunately the long rolling straightaways and the high air temps weren’t very suitable for my car” said Bucknum “However, despite some of the gremlins we were facing throughout the weekend with setup, I was still able to secure 2 top 5 finishes. I am very thankful for the team for all the hard work they put in this weekend and I wish the results could’ve been a bit better. But this weekend is behind us and now I’ve got my sights set on Watkins Glen in July!” 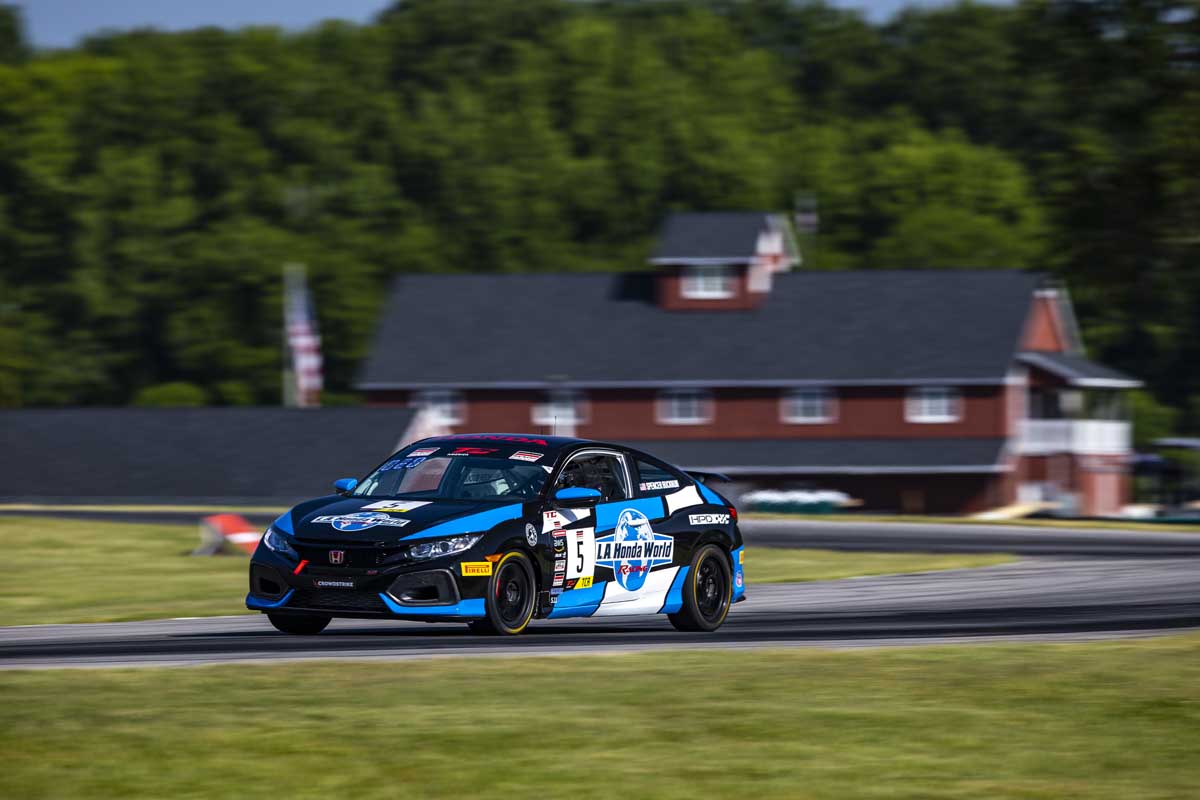 Team principal Mario Biundo, who is running a part-time schedule, is ranked 12thin the series.

In the TCA team standings, LA Honda World Racing is third, 26 points behind two teams tied for the series lead (each with 86 points), Skip Barber Racing School and TechSport Racing.

The TC America series is now on hiatus until the next event, July 22-24 at Watkins Glen International in upstate New York.

To catch free replays of both races at VIR, go to YouTube at GT World. 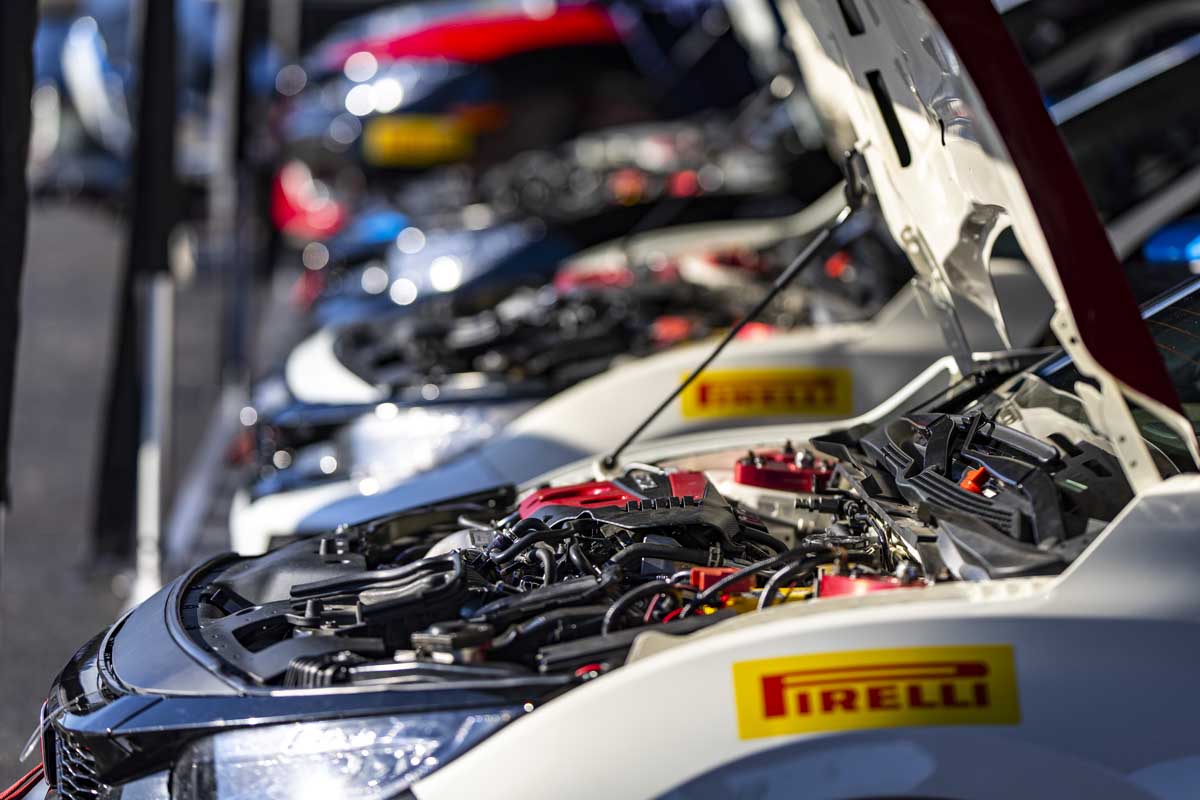 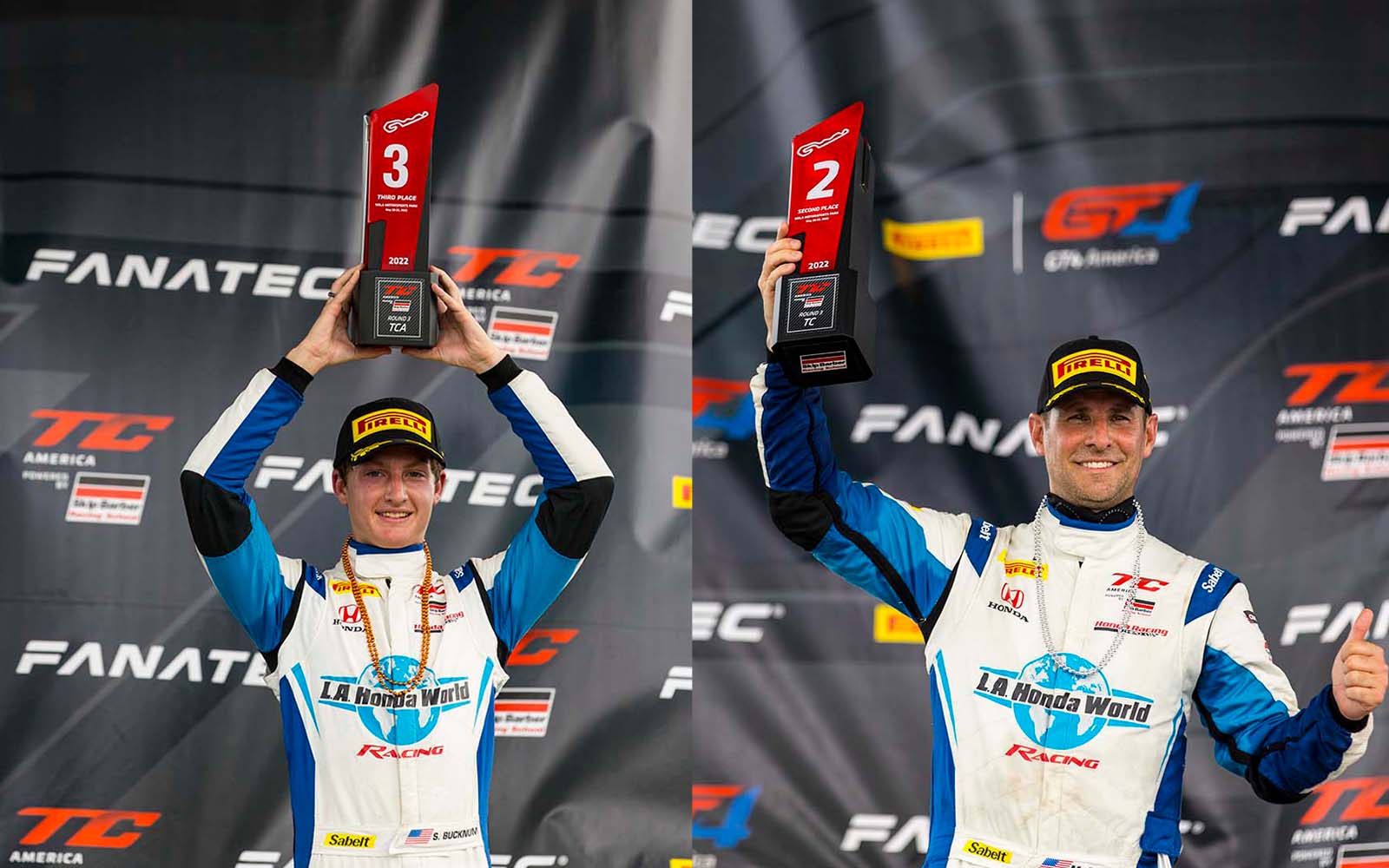 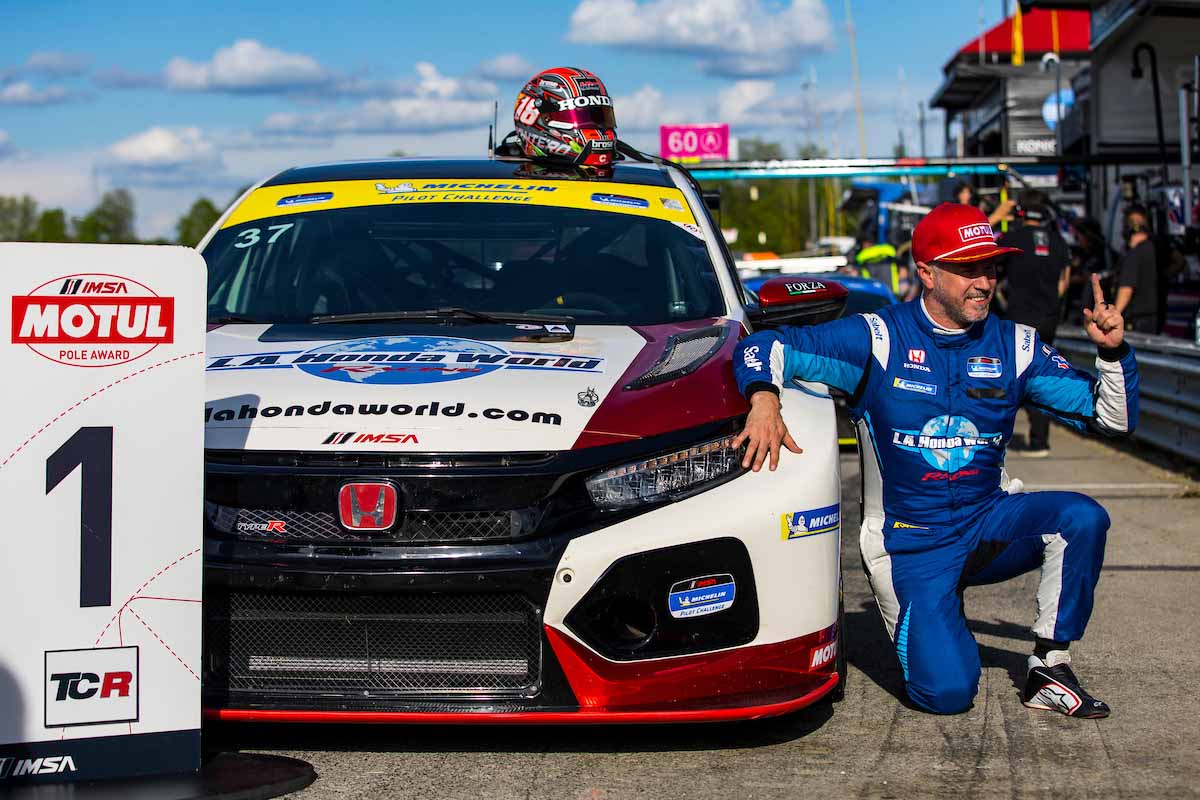